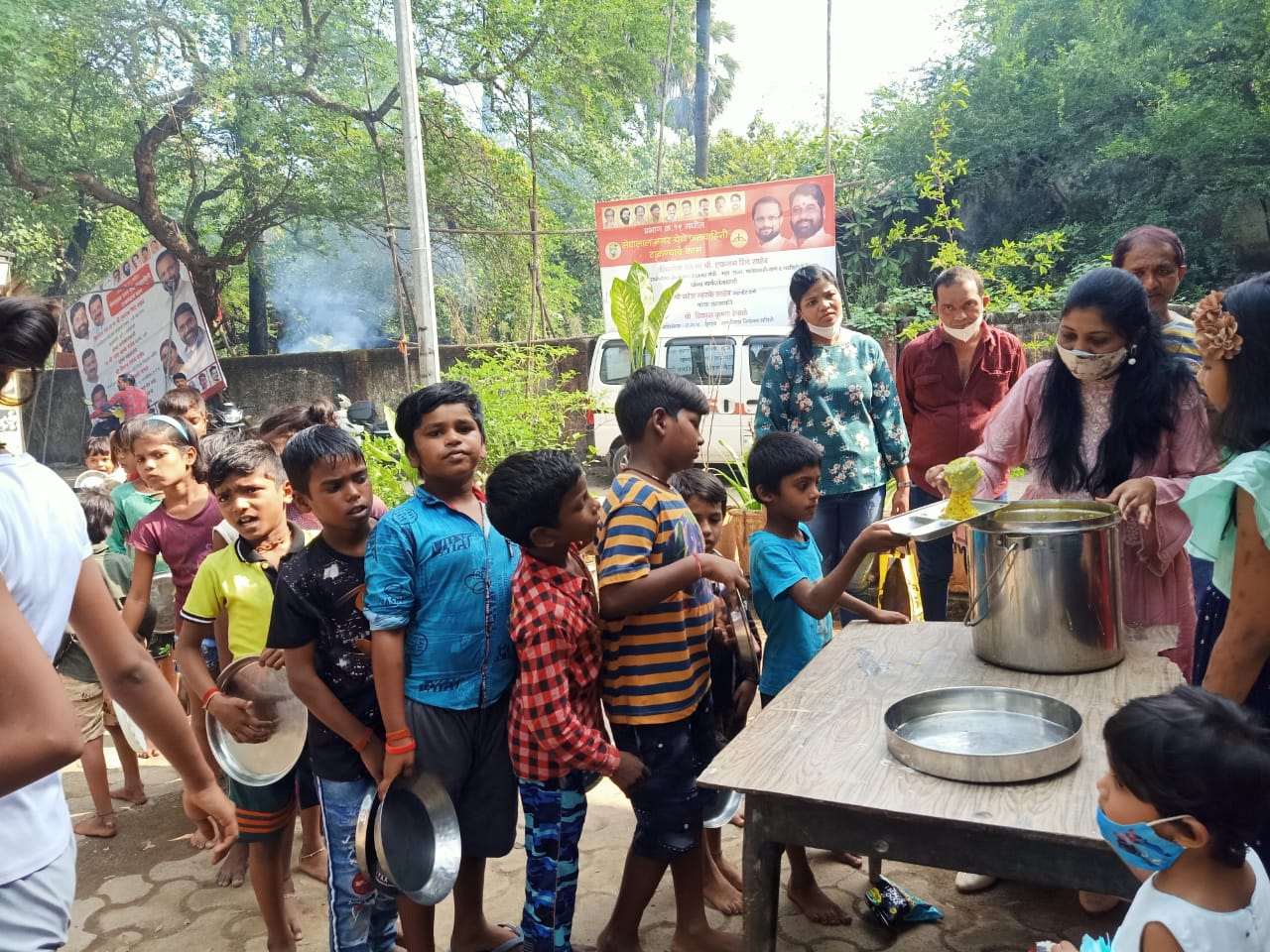 India is primarily an agrarian nation, in terms of food production, India is self-sufficient, but millions still go hungry. The biggest victims of this inequity in food distribution are women and young children. The Global Nutrition report 2018 released by the World Health Organisation (WHO) revealed that India has the highest number of stunted children in the world and nearly a third of all stunted children worldwide due to malnutrition.

SKY aspires that no child below the age of 10 should suffer the effect of malnutrition; we have worked in this regard and in the past out nutritional centers in Jawhar have catered to the nutritional needs of 212 malnourished children. We are expanding this project to the anganwadis in the tribal areas of Silvasa.

In collaboration with Vitamin, Angels SKY has distributed multivitamin tablets to pregnant and lactating women and deworming tablets and vitamin A supplements to children in Palghar District. This has benefited 300 women and 5000 children.

Key Features: An entire village or Anganwadi/s will be adopted, and all the identified malnourished children will be provided with nutritious meals.

A baseline survey will be conducted to monitor the existing weight and height along with other physical parameters of the children in the project area.

The meals will be prepared by local Self Help Groups which will be continuously monitored by our community mobilizer.

In addition, all the children who suffer from malnutrition will be administered nutritional supplements.

We will regularly hold advocacy sessions for the villagers to increase the awareness levels to prevent social evils like child marriage, the use of tobacco, alcohol, etc.

A midline survey will be conducted to monitor the progress in the health parameters of the beneficiaries after six months of project implementation.

An end line survey will be conducted to monitor the progress in the health parameters of the beneficiaries after 1 year of project implementation.

Sky Foundation is 501(c)(3) registered organization and all donations to Sky Foundation are tax-deductible. We act as a bridge between people who want to help underprivileged and children in need in the USA and India. With the aid of thousands of volunteers who contribute their time, skill, and funds for the overall development of a child.